my boss's partner shared this recipe with me and I finally got around to making them. a much milder flavour than i expected but definitely very yum and surprisingly quick and easy to make (especially when you don't need to run out half way through to buy whatever mangy coriander woollies has in stock after 2 public holidays...). anyway here's the recipe with a few minor changes from me

serve sprinkled with chopped coriander. serve over rice, or if carb free i think you could either eat it on its own, or eat over shredded wombuk (chinese cabbage) 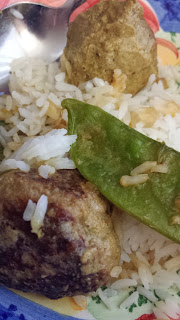