These balls were actually a little too coconutty for me. but i think i'll try them again with some lemon and lime zest in them, or with some cacao nibs and cinnamon, or with hazelnut butter and cacao - yum!

270g almonds (i use the organic ones from costco)

continue to grind on speed 6 until you can hear the sound of the engine change - around 5-10 minutes. as they grind the temperature will rise, that's normal :)

reduce the speed to speed 4 and keep going for another 5-10 minutes until it becomes almost runny and looks like peanut butter.

turn speed up to 8 for a few seconds and you're done.

mix on speed 4 for a few seconds, roll into balls and refrigerate until firm. 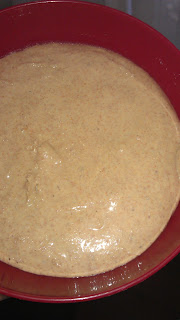